The 75 gallon aquarium is right smack in the middle of the large aquarium sizes. It can allow your fish more room to swim in or it could let you add more or bigger fish.

My decision to start with a 75 gallon aquarium is simple. I wanted a lot of fish and I had room to place the tank in. Not that it made the whole buying process any easier.

Below we listed 5 of the better 75 gallon aquariums I found while doing my research before buying. 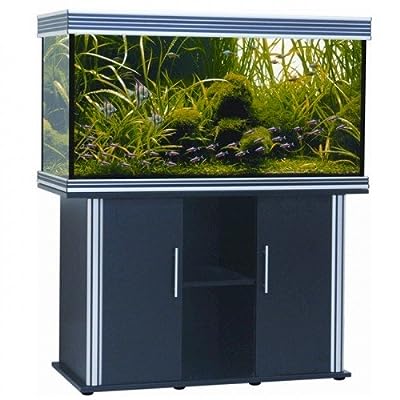 Here’s what I liked about the Nautilus III Aquarium: it came with its own stand.

Yes, you might think that it’s a very superficial way to judge a fish tank but hey, if you’re spending almost a thousand dollars on it anyway, without any other tools and equipment to go with it, then I’d be happy to take a stand and a cabinet.

Rather stylish looking ones at that. It comes in three color variants and should work well with your other room furniture.

Other than that, it’s easy to assemble, the glass is of high quality and the cabinet is made of waterproof material. If you can excuse the fact that you have to get an accessory kit before it is fully outfitted for your fish, then it’s not bad for its price. 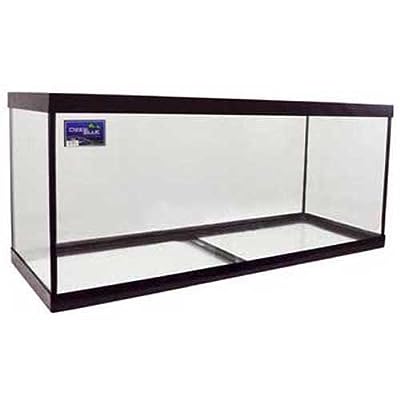 It has the added benefit of being ideal for both freshwater and marine aquaria. Again, the price does not include the kit, lights, hood or plumbing as online descriptions would tell you.

There’s only really one thing to say about this 75 gallon aquarium. And that’s acrylic.

Touted as better than glass in every way when it comes to aquariums, acrylic is made of a material that makes it more shatter-proof compared to glass. That means if you have children in the house, or if the aquarium will be placed in an area that’s prone to bumps, then this is your safer choice.

The acrylic also has a low glare and allows you to see the inside of the tank more clearly. Plus, it has the perk of being a good insulator keeping your tank temperature well-controlled or at least better controlled than glass.

The acrylic scratches easily, though. And it’s a very pricey tank, overall.

All Glass Aquarium Overflow System is like your budget 75 gallon aquarium. It’s cheaper than most of the other brands on this list.

The one thing it has going for it other the price is the improved circulation and filtration that greatly reduces the sound of trickling water. It looks like your standard aquarium, nothing really special. But it works well enough.

Top Fin is a solid name in aquariums. So it’s no surprise that many people would get a Top Fin 75 Gallon Hooded Aquarium when they want a large tank for the home. It’s fairly easy to install and quite sturdy. The price isn’t so bad either. In fact, it’s one of the cheaper ones in the market.

However, I do have some concerns about its durability. many people have reported cracks appearing at the aquarium corners when its filled to capacity. The glass itself appears to be of a less than stellar variety. A few people has voiced issues about the weird greenish tint it casts on the water.

A 75 gallon aquarium makes for a nice, calming and relaxing addition to any room in the house. It’s big enough to give your fish breathing room. It also gives you the option to forego the fish and go for the more unconventional turtles.

There are many choices you can choose from. Hopefully, the above helped you out some. If you want to read more detailed reviews of each of the brands listed above, we have them here, too.

All wallpapers and backgrounds found here are believed to be in the “public domain”. Most of the images displayed are of unknown origin. We do not intend to infringe any legitimate intellectual right, artistic rights or copyright.

If you are the rightful owner of any of the pictures/wallpapers posted here, and you do not want it to be displayed or if you require a suitable credit, then please CONTACT US and we will immediately do whatever is needed either for the image to be removed or provide credit where it is due.

All the content of this site are do not gain any financial benefit from the downloads of any images/wallpaper.

Everything you need to know about your fish, brought to you by fellow aquarium lovers and experts.